The provision of departments to other users for monitoring has changed. All settings for previously provided departments remain the same, but starting today, departments will be provided according to the new rules.

Let’s first define the terms. We will call as director the user, who is providing departments, and the user accepting departments for observation will be called a manager.

If the account of the director is encrypted, the manager will not see the data. The director can provide the manager with the encryption keys. On the Profile page, Tools tab, click the Backup Keys button. 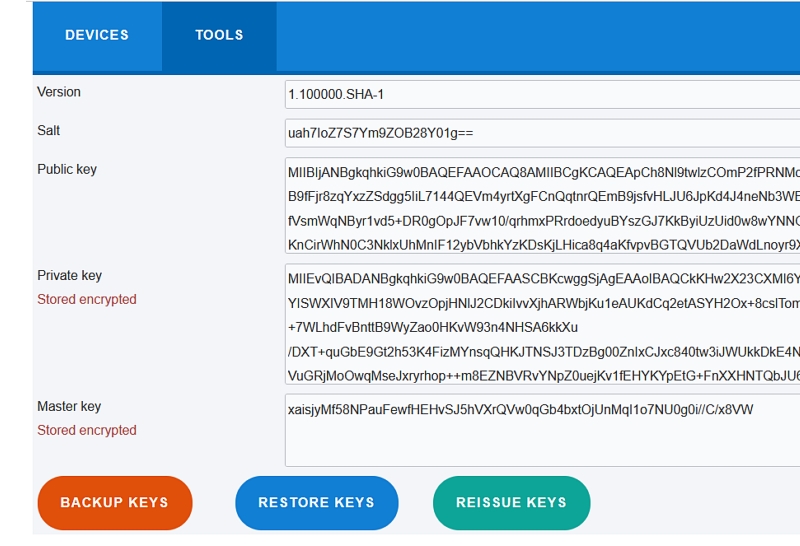 There will appear a text file with keys. Edit it in the text redactor and change the email address to the address of the manager. Provide this file to the manager via email. 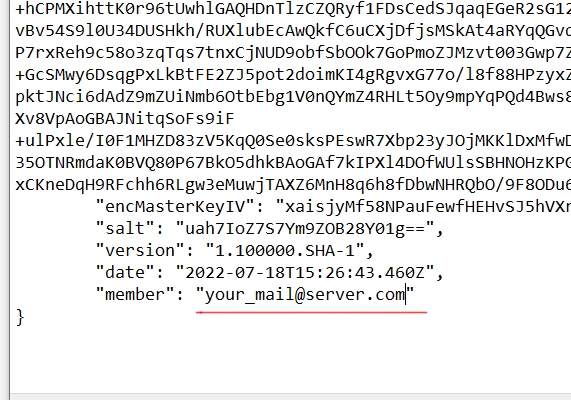 In the account of the manager, he should click the Restore keys button and specify the text file.  The encrypted data of the director’s department will be decrypted in the manager’s profile.

What has changed with Windows Security

On the download page, there are versions for Windows that are not recognized by Windows Security as potentially dangerous (at least for now).

For users with  Basic and Standard subscriptions, we recommend downloading the lite version of Staffcounter, where the DLP and audio recording functions were removed, as well as cam shots. This version is less likely to be blocked by antivirus programs. In addition, these functions are not supported in the Basic and Standard subscriptions, so no need to tease antiviruses with their presence.

The users with a Professional subscription can download the Staffcounter PRO agent with all available features. But, just in case, it is worth adding the Downloads folder to the list of exceptions of antivirus programs before downloading.

A light version of Staffcounter for Windows is available to all site guests, which is especially convenient for remote users who install the program on their computers themselves and do not have access to any Staffcounter account.

For logged-in users, direct links to installers with EXE extension are available to save time. 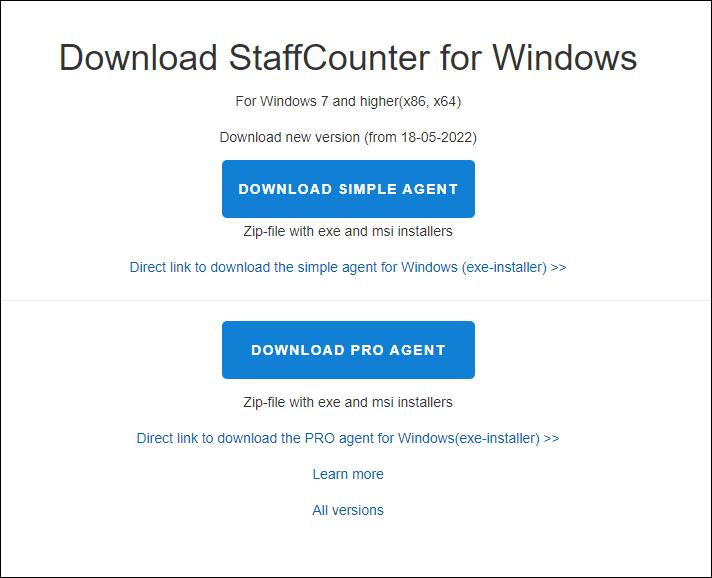 We hope that all these innovations will be useful. If you have comments or ideas, please use our feedback form.