By default, the hard disk of the local server is 500 GB. But what will happen if the volume of files exceeds this value?

Let’s make a simple calculation: if one virtual device can store data up to 500 megabytes, then the maximum number of virtual devices will be 1000. But departments can have many more employees and computers!

If the virtual disk becomes full, new files will no longer be created, which will cause various failures in the server operation.

In order to increase the space for data, we suggest connecting either a real hard disk or a virtual one to the virtual machine. Then we will mount it in the folder where user data is stored.

The scheme is as follows:

1. Adding a real or virtual disk to the virtual machine

Add the disk to the virtual machine 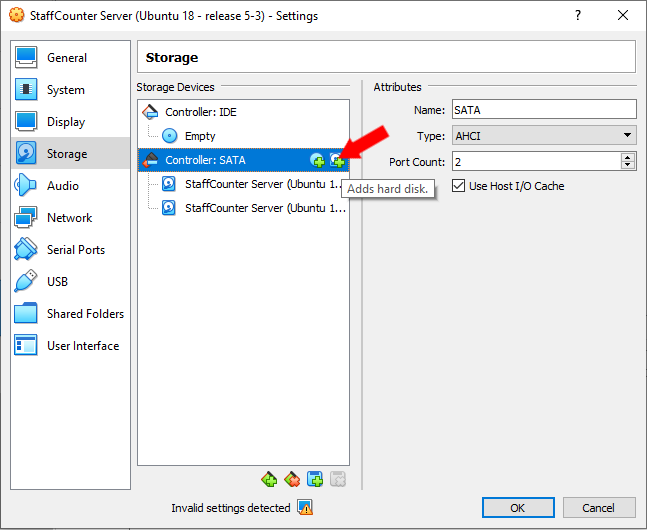 Create a new virtual disk file of the desired size or connect a real hard disk.

Now you need to start the virtual machine and log into your user account.
After logging in, run the command

It displays information about the available disks and partitions

The last one shows a new sdb drive with no partitions. In your case, it may have another name. 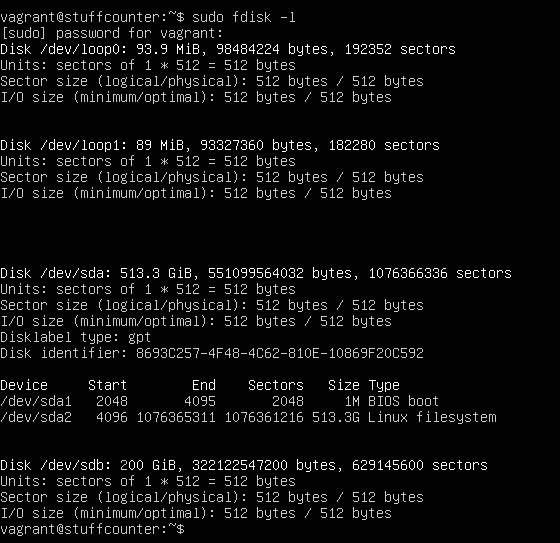 3. Creating a partition on the disk;

To create partitions on the sdb disk, run the command

if you are doing this for the first time you can type `m` for help.

Then enter `n` to add a new section.

Next, we create partitions. If the partition will be on the entire disk, then we leave everything by default.

In the end, enter `w` to save the settings and exit. The partition /dev/sdb1* will be created.

*sdb1 is the name of our hard drive. In your case, it may be different. 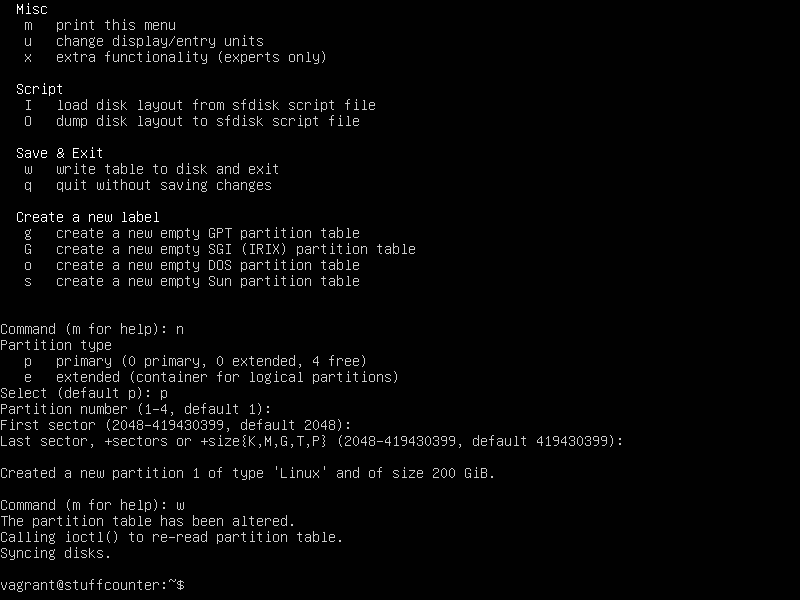 5. Mounting the disk into a new folder

This should be done if the server has been running for some time and there is already data in the folders of virtual devices. So, in order not to lose them, we first mount a new disk in some folder on the server and move the already downloaded data into it.

Create a new folder to mount a new disk into it.

mount the disk there

6. Move files from the /var/www/client/public/files/ folder into it 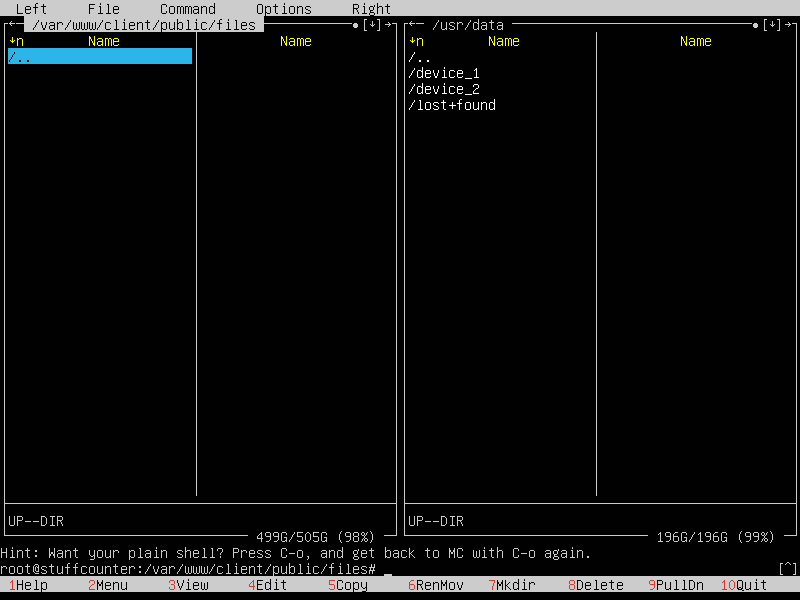 In order to mount the disk to another folder, you must first unmount it from the /usr/data/ folder

If you did not move but copied the data to the /usr/data folder, then you need to delete all folders from the /var/www/client/public/files/ folder on the server.

Find the /var/www/client/public/files/ and remove all information from there.

9. Mount the disk into the /var/www/client/public/files/ folder

10. Checking the correctness of the mount

In order to automatically mount our disk in the system after the reboot, you need to register it in the /etc/fstab file

add a line to the end of the /etc/fstab file

the rw parameter means to read and write 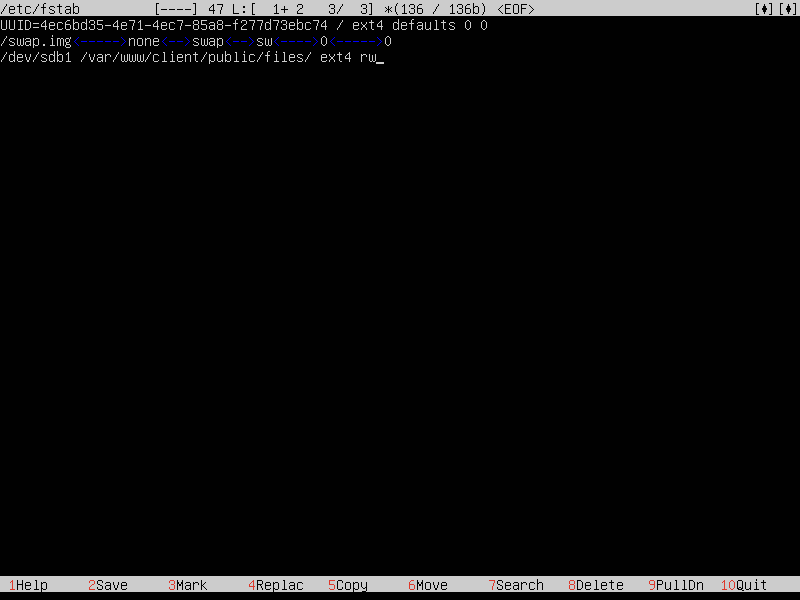 In order to allow writing the new data to the “files” folder, you need to give it read and write permission.

If you have any suggestions or clarifications, please write us to help@staffcounter.net