With End-2-End Encryption all of the data captured from employee’s computers will be encrypted instantly and decrypted only in the web browser of the account owner. When this feature is enabled the data being uploaded is encrypted on the workstations before it is sent out to the StaffCounter backend server, and data is decrypted only after it has arrived on the web browser when the company manager reviews the reports. StaffCounter agent app on workstations is responsible for generating and exchanging encryption keys with the manager account. StaffCounter E2EE encryption model does not require the backend to manage encryption material or perform encryption/decryption operations. All security operations are performed only on the ‘Ends’.

The End-2-End Encryption model in StaffCounter permits the backend server to perform computations on encrypted data. In this case, the computations are sorting and aggregation. As with any other time-tracking solution StaffCounter record the frequency and duration of each application, document, and website opened by the employee, calculate the time spent for each item, and then sort the results for reports. This allows visualizing employee productivity for better analysis. But now, the architecture of E2EE in StaffCounter allows to protect the employee name, and its productivity content from the StaffCounter server itself, since the content is encrypted always. 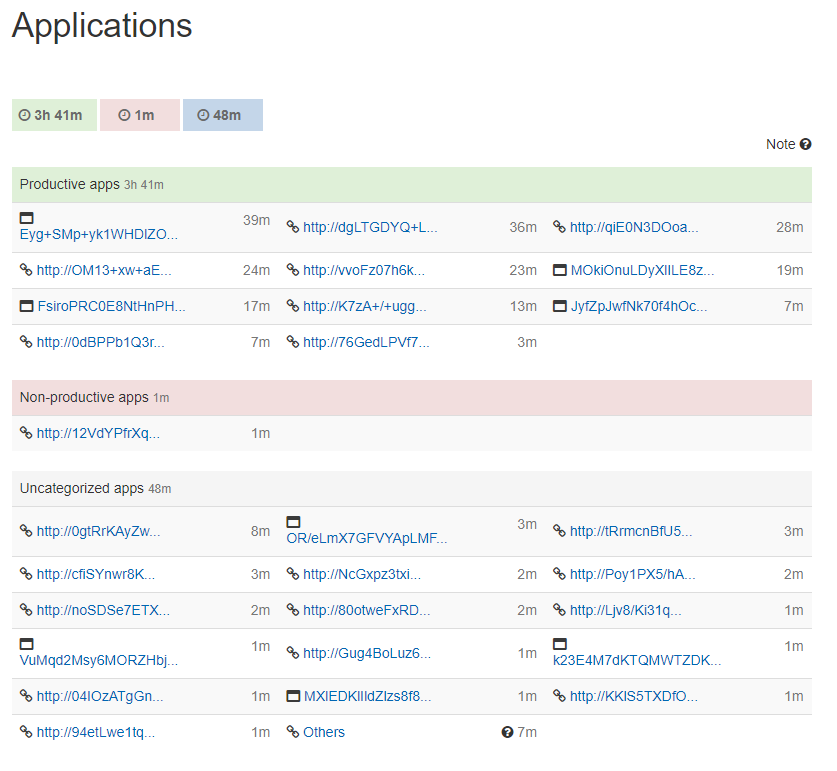 In order to try the E2EE feature, you need to download the new StaffCounter Agent v. 9.2 for Windows with “End-2-End Encryption” support and follow the step described below.

Visit the profile section and click “Enable Encryption”. Please note this option will not affect existing devices with old version of StaffCounter Agent.

When the device is added – it will start to upload only anonymous data about employee productivity in plain form, until you confirm the encryption for it, in the account profile, described in the next chapter.

After a successful update or installation of the new StaffCounter Agent application, you need to visit Dashboard again. You should see the notice to Confirm new devices with encryption support. Follow confirmation link> 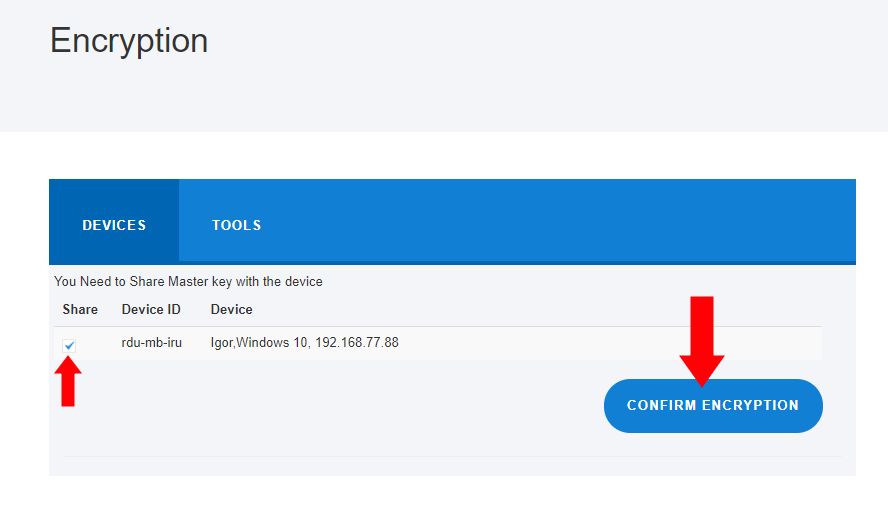 Done. Within an hour the confirmation will be received by the StaffCounter agent app on the computer and it will start collecting and encrypting all productivity data according to the settings.

You will notice no many changes in your Dashboard and report despite all information is encrypted. This is possible with the on-the-fly decryption process right in Web Browser thanks to the Web Crypto API standard available in the majority of browsers like Chrome, Firefox, Opera, Safari, and others. The specially developed Java Script code works in the web browser and constantly decrypts all encrypted strings within a web page content returned by StaffCounter service.

In fact, the encrypted opaque data have an identical structure as clear text data. For example, before encryption StaffCounter uses the string “winword.exe” or “gmail.com” to calculate the total time spent in the application and assign the productivity category.
After encryption is Enabled, StaffCounter uses the tokenized strings that are looking as “w6Wd4SSxgK9EqmHuR4EAWw==” or “UssM8UxGazi4kDxn5JDO4g==” to calculate the same total time or assign the productivity category. This is possible because a single encryption key is used to encrypt all data uploaded by computers from a certain account/organization to StaffCounter Server. So the specific application name, title, or URL address maintains the same tokenized text form within the data of a single account.  This allows processing encrypted data in the same way, but with the highest anonymization and privacy level. 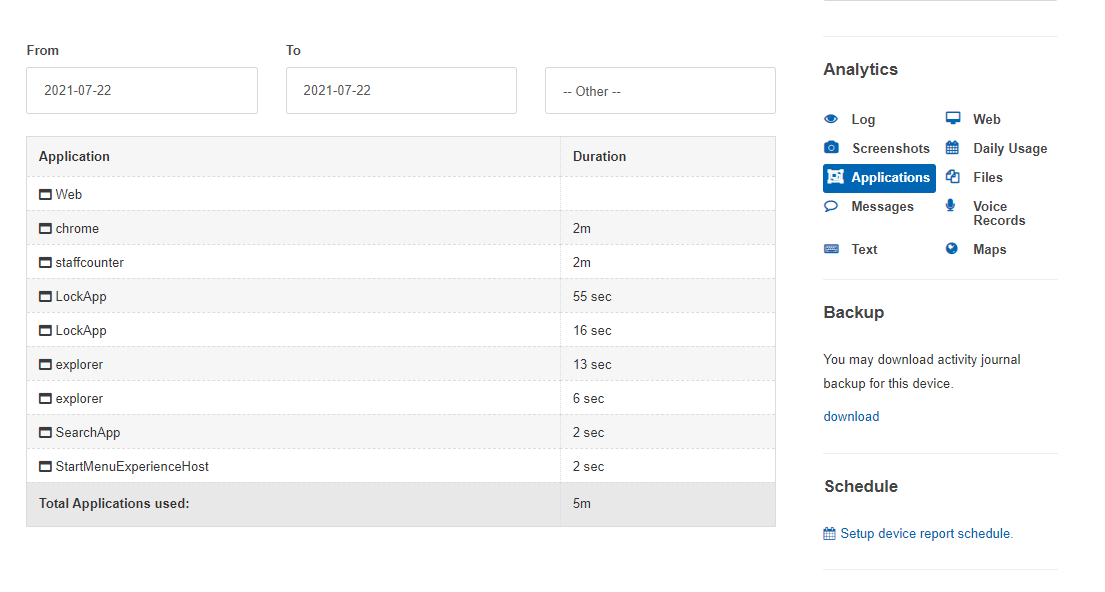 If several employees work at the same computer (Terminal Server)

Since the working folder of the Staffcounter program is visible to all users, if you do not enable encryption, then the logs and screenshots stored locally are available to all users. But after enabling encryption, they become unreadable. This will provide strong protection from insiders. 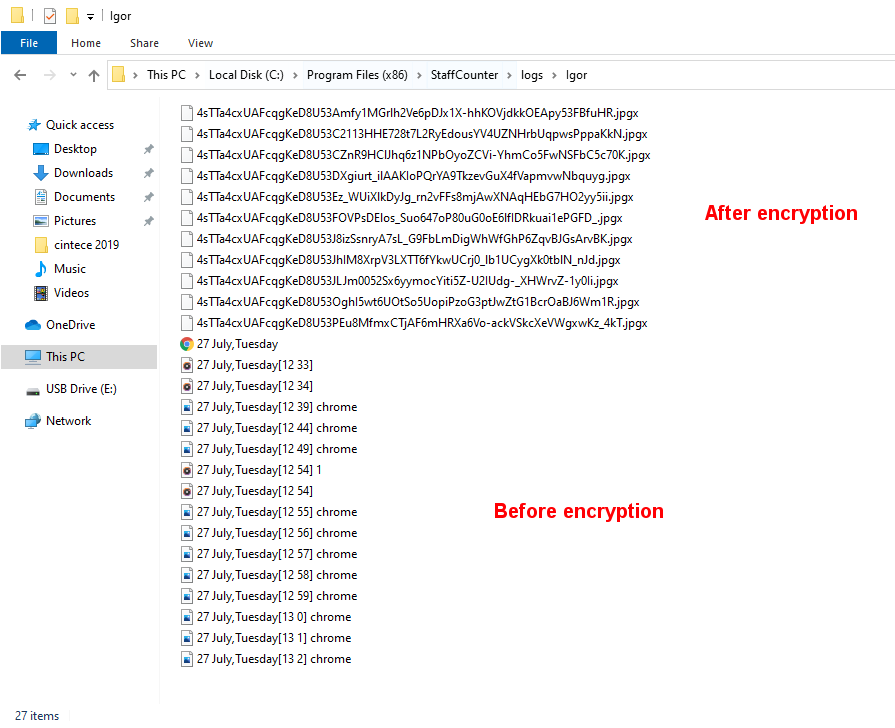 All reports generated to account email will contain encrypted data. This allows the protection of confidentiality even after the data retention period in your organization. We are working to publish a Web Browser plugin that will allow decrypting StaffCounter reports in any web-based email such as Gmail or outlook.

StaffCounter allows downloading all data for a specific computer or department. This data includes a raw productivity log of user actions in chronological order and screenshots. With encryption enabled, this backup will be encrypted. In order to view the data, you need to install the SafeJKA Browser plugin.

Managers with shared access can not see decrypted data yet. All the information will be in unreadable form. In the future, we’ll add master key sharing to provide full access for such managers. 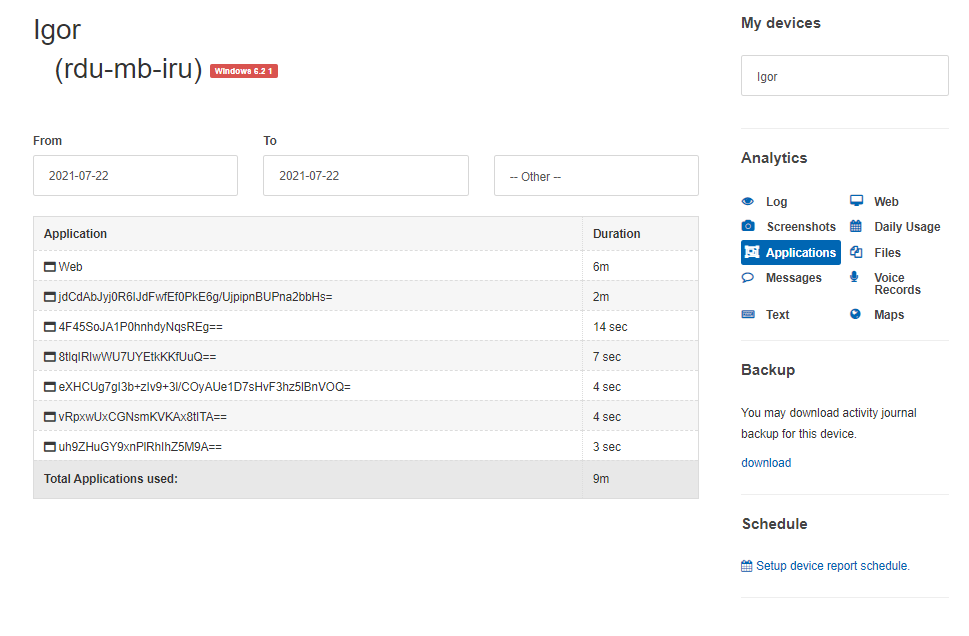 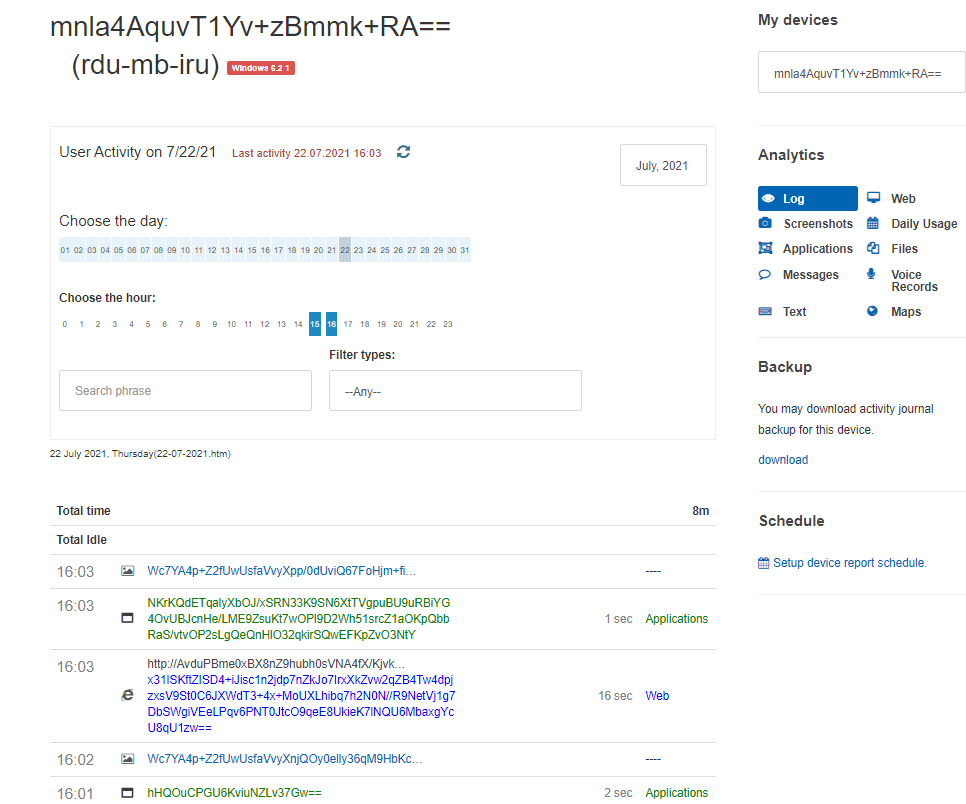 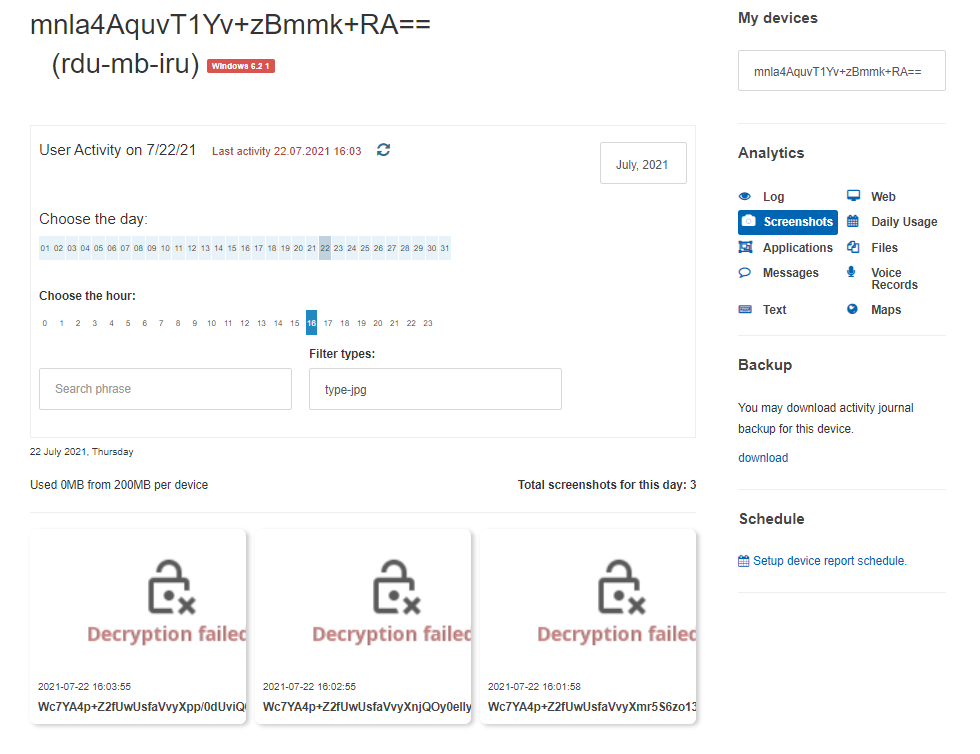 The E2EE functionality is open source and placed within the jsec.js file available online on data.staffcounte.net. Encryption is based on Web Crypto API available in the majority of web browsers and executed only in the Web Browser memory. StaffCounter service helps to store and exchange Public Keys and opaque encrypted data between the User account owner and computer with the StaffCounter Agent application.

StaffCounter service does not perform crypto operations and store only public keys or opaque encrypted data. We are working to continue improvements to allow user account owners to store MasterKey and respective RSA SecretKeys only in the browser memory of the trusted computer. Currently, we are working under the SafeJKA plugin for Web Browsers that will implement strong authentication and encryption ownership principle.

Unlike alternative solutions, StaffCounter additionally encrypts data on top of SSL/TLS transmission. Decryption happens only in the dashboard or dedicated productivity report pages when the account owner is authenticated. This process works in addition to standard SSL encryption.
Other Time-tracking services also encrypt screenshots and data before sending them to the server, but the server automatically decrypts it to store it in Database. StaffCounter saves and processes data in encrypted form because all data is encrypted with end-to-end encryption. This is a unique key differentiation. When end-to-end encryption is enabled – the StaffCounter backend server does not have access to your data in plain form. Only the account owner who knows the password will be able to see plain data.